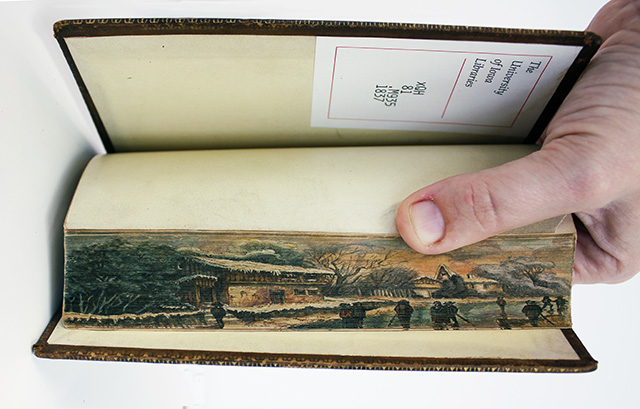 Colleen Theisen who helps with outreach and instruction at the Special Collections & University Archives at the University of Iowa shared an amazing gif she made that demonstrates something called fore-edge painting on the edge of a 1837 book called Autumn by Robert Mudie. Fore-edge painting, which is believed to date back as early as the 1650s, is a way of hiding a painting on the edge of a book so that it can only be seen when the pages are fanned out. There are even books that have double fore-edge paintings, where a different image can be seen by flipping the book over and fanning the pages in the opposite direction.